You, Lawrence Hart, had better carry a
crux-bug, jump-bob, tick-nut,
Wind up the palm to show—
Say “This makes it go.”

Poet, teacher, and critical maverick Lawrence Hart (1901-1996) was one of his century’s deepest and orneriest thinkers about poetry.

No uncritical booster of the art, Hart rejected the bulk of the writing that goes by the name of poetry as insufficiently exciting—and sought to define exactly what is going in in that small percentage of verse that makes the whole pursuit worthwhile.

Concentrating on the EuroAmerican Modernist tradition from Baudelaire to Auden, he brought to the canon a critically squinting eye. What exactly, he demanded, were these poets up to? Just how did they build the startling, resonant effects that make their best lines and poems so hard to forget? When they didn’t quite get there, what is the difference?

And if there are identifiable, concrete tools in play, why shouldn’t any dedicated writer be able to pick them up and use them?

Hart thought he had some answers, and shared them with all comers in classes taught for fifty years in the San Francisco Bay Area. The most serious of the poets who studied with Hart became known as the Activist Group; they were prominent on the American scene in the 1940s and 1950s.

Then the Modernist experimental thrust, of which the Activists were a late part, seemed to run out of steam. As the century wore on, the fashion turned toward an easier kind of verse, requiring much less of writer and reader, sometimes hard to distinguish from prose. “Raw” poetry, The New Yorker called it approvingly, instead of the older “cooked.” Hart and his colleagues shrugged their shoulders and kept on cooking, following their own more rigorous lines. Their “kitchen” came to be known as the Lawrence Hart Seminars.

Since Hart’s death in 1996, the seminars have been continued by his son John under the auspices of the Lawrence Hart Institute, a nonprofit corporation created in 1983.  In the new century, several successors on this technical path are again calling themselves Activist poets—reviving the imperfect but historically sanctioned label for this manner or pursuing poetic excellence.

The challenge Hart articulated is still there for those who want to hear it:

To use the capabilities of language as fully and daringly as we can—whatever the undertow of contemporary poetic fashion.

To stop at nothing in pursuit of the Unforgettable.

The Lawrence Hart Institute exists to document, to share, and to continue this exacting approach to the art of poetry. 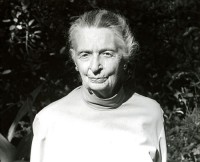 When you begin to write a poem—to turn a living, actual experience, something that moves you deeply, into words on paper—you re doing something by nature impossible. From that stubborn, intractable beast, the English language, you need all the help you can get.